Olivier L. de Weck, is an Associate Professor of Aeronautics and Astronautics and Engineering Systems at the Massachusetts Institute of Technology (MIT). He was born in Bern, Switzerland, in 1968 and obtained an S.M. degree in Industrial Engineering from ETH Zurich (1993) and a PhD in Systems Engineering from MIT (2001). His current research focuses on designing complex engineering systems for changeability to better deal with unexpected new requirements and events. From 1993-1997 he served as liaison engineer for the Swiss F/A-18 program at McDonnell Douglas in St. Louis, USA and managed aircraft modifications and program logistics. His more recent research for exploration logistics is sponsored by NASA. In 2005 he organized an expedition to Devon Island in the Canadian Arctic to study the challenges of providing logistics to remote places on Earth. Since 2002 he has been the instructor in charge of ESD.36 System Project Management, one of three core courses of the MIT System Design and Management (SDM) program. He is an Associate Fellow of AIAA, a Fellow of INCOSE and serves as Associate Editor for the Journal of Spacecraft and Rockets and the Journal of Mechanical Design. He won the 2006 Frank E. Perkins Award for Excellence in Graduate Advising, a 2007 AIAA Outstanding Service Award, the 2008 and 2011 best paper awards from the journal Systems Engineering and the 2010 Capers and Marion MacDonald Award for Excellence in Mentoring and Advising. From 2008-2011 he served as Associate Head of the Engineering Systems Division at MIT. Since early 2011 he serves as Executive Director of the new MIT Production in the Innovation Economy (PIE) initiative. 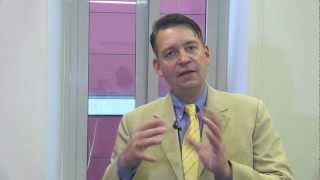